Posted by anitabrown3d on October 14, 2012 in Architecture, Form |One Comment

Primary research is a requirement of my course – this means I have to provide evidence of research that doesn’t already exist, for example photographs, observations (still not sure how to document that!!) and sketches. I bit the bullet today and attempted an ink sketch of Canterbury Cathedral. I found an image on-line (this would be considered Secondary research); now that I’ve sketched this image it’s considered Primary research. It took a few hours and the indentations on my finger and thumb prove it!! The perspective is a little off (darn) but all in all it’s not a bad first attempt.

***Update***  I recently discovered that my efforts were in vain. Because I didn’t take the photograph myself I’m not permitted to submit the sketch as primary research (double darn). But I still submitted it… as secondary research. 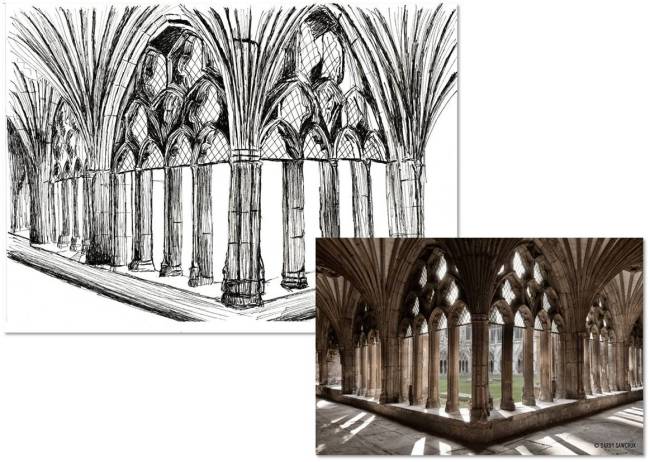