My knowledge of the late Andy Warhol; the internationally acclaimed Artist (you know, Andy; the guy who revolutionised ‘art’ by calling ‘art’ a painting of tinned soup?) is very limited. So in an attempt to widen my understanding of Andy Warhol I attended an exhibition in The MAC, Belfast.

I even dressed for the occasion, the right amount of smart with cashz: skinny jeans, knee boots and pin-stripe fitted jacket.

Although I was petrifed that someone standing beside me, gazing adoringly at these ‘works of art’ would start a conversation with that dreaded question. The question that every ‘art fraud’ fears: ‘what is your favourite piece’?

Without disrespecting his legacy, I have to admit that I struggle to appreciate Andy Warhol’s works. I don’t actually know what I think when I look at his works. I just look. That’s it. I’m not affected in any way whatsoever but that’s the nature of art. It’s a fickle little world. It’s all about perception and interpretation.

And as Andy said himself ‘Art is what you can get away with’.

Although I kinda like the whole Pop-Art portrait stuff. But only sort of. I like them in a commercial sense because of their visual impact but I wouldn’t be overly excited at the thought of having one hanging over my fireplace.

But that’s just me.

I’ve referenced the use of Pop-Art in a design scheme previously; you can read about it here. So, here are a few photos to summarise my day trying to appreciate and understand the works of Andy Warhol. Some with a flash and some without (I was told off twice for using a flash. Mental note: read camera user manual AGAIN).

Do you like Andy Warhol’s works?  And if so, why? 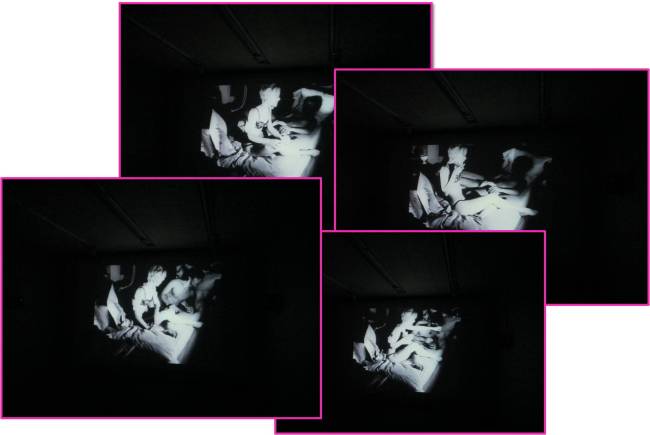 A few stills from one of Andy’s ‘films’ – I couldn’t make out a word that these people were saying because the sound quality was so poor. On a positive note the dude was hot.

The zany Cow wallpaper returneth. However, I actually quite like this. But only because of the equally zany black and white portrait. Go figure.

Boots, burgers and sin; oh my! 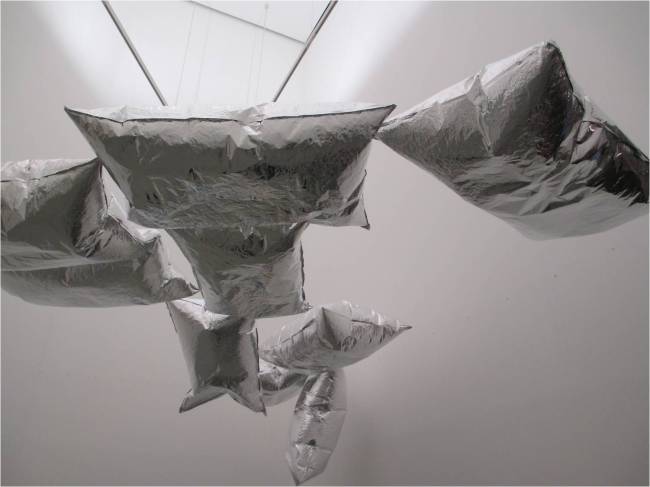 Andy calls this a ‘floating painting’ (see below). 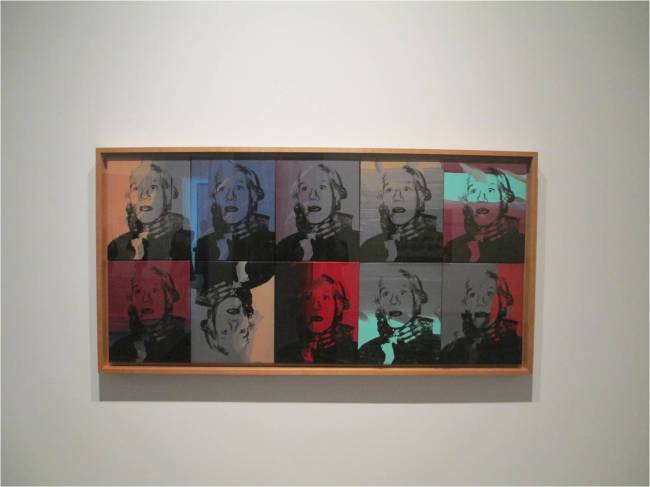 The man himself. It’s just a pity that the subject is about death. I think. 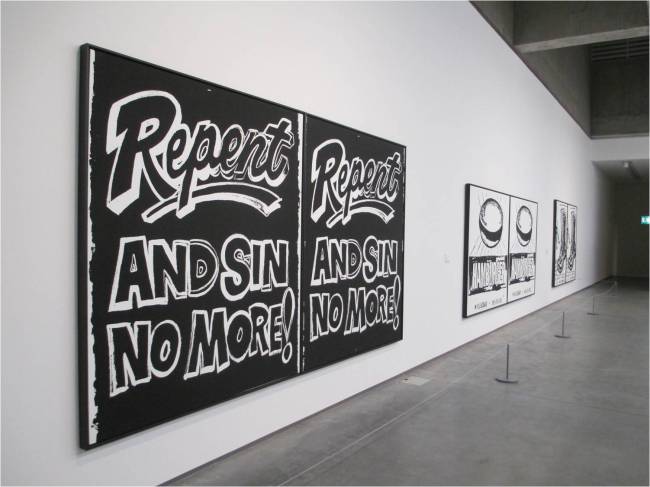 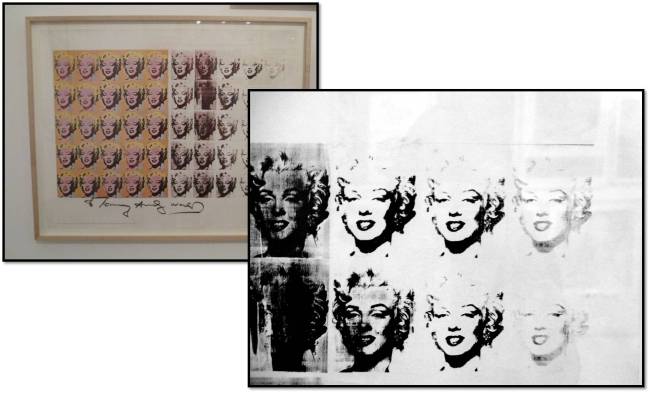 This is probably my favourite because of the use of colour. Is this supposed to be one piece? Where would you hang this?? WHERE??! Answers on a postcard.